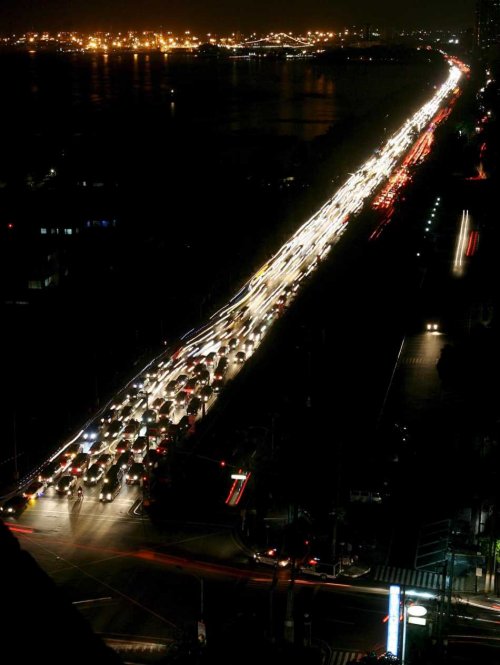 Please join me on Saturday March 26th, 2011 take action in saving our Mother Earth by switching off our lights for an hour at exactly 8:30 PM at home, office, school, wherever you are. Supporting Earth Hour is something to be proud of. So why not tell the world about it? It’s as simple as using Facebook to tell the world that you are taking Earth Hour beyond the hour. I’ve been doing this since 2009. You might even inspire others to do the same.

Earth Hour Philippines 2011 aims to Inspire 15 Million Filipinos in 1000 Towns and Cities Nationwide. Again, mark your calendars, folks: Saturday night, 26 March 2011. When the clock strikes 8:30PM, the world will once more be engulfed in darkness – and a Billion people will celebrate the biggest party in recorded history.

Now in its third year in the country and envisioned as a celebration of climate change solutions, Earth Hour Philippines aims to inspire 15 Million Filipinos in 1000 towns, cities and municipalities to switch off and join in the revelry – in an environmentally-conscious manner, that is. Many of the nation’s most iconic landmarks are expected to dim their lights in the largest call for action on climate change. Cities from around the world, from Europe to Africa, are expected to join in.

Crafted to take a stand against the greatest threat our planet has ever faced, Earth Hour uses the simple action of turning off lights for an hour to deliver a powerful message on the need for climate change solutions. This simple act has captured the hearts and minds of people all over the world, becoming a worldwide phenomenon in 2008 and 2009 – where the Philippines placed first globally in terms of town and city participation.

Earth Hour kick-off activities were launched in Davao and Cebu. In Davao City, stakeholders from various sectors led by the Green Alliance for Davao, Mindanao Business Council, Save Davao Gulf Foundation and the Davao City National High School pledged collective support. In Cebu, over 1000 stakeholders gathered at the SM City Cebu to share their collective support for Earth Hour.

The Earth Hour Philippines road show, led by the late Energy Secretary Angelo T. Reyes, is set to visit Iloilo, Baguio, Ilocos Norte, Laguna, Bicol, Puerto Princesa, Palawan, Tuguegarao and Clark. “Earth Hour is a simple act that emphasizes the importance of adopting energy efficient practices and lifestyles,” says Secretary Reyes. “In this season of political divisiveness, let us all bear in mind that there are fundamental values and aspirations that we all share as Filipinos and as citizens of the world. One of our common causes is the stewardship of our planet through responsible energy practices and other means. So, on March 26, let’s all get together and Vote Earth!”

Since Earth Hour 2009, each of the Earth Hour allies has advocated for the adoption of renewable energy technologies and energy-efficient practices. “Climate change is the biggest threat to the Philippines. We could lose 2000 isles to sea level rise alone – a scenario which could be made worse by dwindling natural resources,” says Earth Hour Philippines National Director Yeb Saño. “Luckily, Filipinos have a unique Bayanihan spirit – a brotherhood of kinship that unites people. Through the message of Earth Hour – that it’s time to think of solutions now – we stand a good chance of adapting to climate change.”

This Earth Hour it’s time to go beyond the hour official website: http://www.earthhour.org

I am Paolo Mercado for 20 years I've been riding a bike, walking a lot and running a lot. I am Kalongkong Hiker, a trail runner, mountaineer and a biker that can also write a blog of my travels, adventures and places that I visited through walking, running and biking. I write to encourage others to stay healthy and fit. #KeepOnRunning #ShareTheRoad #KalongkongHiker
View all posts by Kalongkong Hiker →
This entry was posted in Events, Outreach, Running Bloggers and tagged 2011, Davao, Davao City, Earth Hour, http://www.wwf.org.ph/earthhour/, Manila Doctors College, Philippine, Philippine Business for Social Progress, Philippines, Puerto Princesa, SM City Cebu, World Youth Alliance. Bookmark the permalink.