One of my favorite NBA player, the real role model on and off the court, and up to this stage I still call him the “Real Mr. Nice Guy” because he never did any single gesture provoking that he is good but instead after making dunk shots, or impressive basketball he just back down running down the back court and ready to guard. This is one of the traits that I love most of Grant Hill. I love his GH4 my Fila commercials, his Sprite commercial too. Too bad he never reached Finals though he was closed at it when he was on Phoenix Suns in the Western Conference Finals. All Hail Mr. Nice Guy of Hard Core Basketball. Wish you all the luck and hope to still see you in the NBA as a coaching staff or a commentator. 🙂

INDIANAPOLIS – Grant Hill, one of basketball’s most versatile players who never reached his full potential because of debilitating injuries, is calling it a career in the NBA.

The 18-year veteran and seven-time All-Star, who played for the Los Angeles Clippers this season, announced his retirement Saturday on TNT moments before the start of Game 6 of the Eastern Conference finals between the Miami Heat and Indiana Pacers.

Hill, 40, hinted at retirement this season but didn’t come to his decision until earlier in the week.

A Look Back at Grant Hill’s career.

A gifted all-around player – he could score, pass and rebound – Hill seemed destined for a Hall of Fame career before ankle injuries derailed him. For his career, he averaged 16.7 points, 6.0 rebounds, 4.1 assists and 1.2 steals. Still, Hill found ways to be productive even as he realized he could no longer play as he once did.

With his size (6-8, 225) and versatile skills, Hill revamped the point-forward position in the mid- and late-1990s with the Detroit Pistons, who made him the No. 3 overall pick in the 1994 draft. Hill was taken after Glenn Robinson (who played from 1994 to 2005) and Jason Kidd, 40, who hinted this week he planned on returning to the New York Knicks for another season.

Hill, the son of former Dallas Cowboys running back Calvin Hill and businesswoman Janet Hill, was named co-rookie of the year, with Kidd, for the 1994-95 season, averaging 19.9 points, 6.4 rebounds, 5.0 assists and 1.8 steals.

He maintained similar numbers in his six seasons with the Pistons, including 21.4 points, 9.0 rebounds and 7.3 assists in 1996-97. He was named first-team All-NBA for the first and only time in his career that season.

His seven seasons with the Magic were not what Hill or the franchise had planned, but he revived his career with the Phoenix Suns starting in 2007-08 and found a perfect spot in Mike D’Antoni’s up-tempo offense – and later for coach Alvin Gentry – led by point guard Steve Nash. Hill was not the same scorer in Phoenix that he was early in his career, but he didn’t need to be alongside Nash and Amar’e Stoudemire.

“I’m just glad I was able to keep working,” Hill said of his injuries. “When doctors told me I was done, I was able to get another 10 years. I’m very grateful for that.”

In 2008-09, Hill averaged 12.0 points, 4.9 rebounds and 2.3 assists and played in all 82 games for the first and only time in his career. Hill never played in the NBA Finals but reached the Western Conference finals with the Suns in 2009-10. He had never been on a team that won a playoff series until that season.

Under the care of Phoenix’s renowned medical staff, Hill played in 243 of 246 games from 2008-09 through 2010-11. He signed a two-year deal with the Clippers during free agency last July but a bruised right knee delayed his season debut until Jan.12. Hill played in 29 games for the Clippers this season and averaged 3.2 points and 1.7 rebounds.

If there were just a pro basketball hall of fame, Hill might be a borderline selection. But combine his NBA career, a 1996 Olympic gold medal and two NCAA championships during an All-America career at Duke in the early 1990s, and Hill is a likely choice for the Naismith Memorial Basketball Hall of Fame. 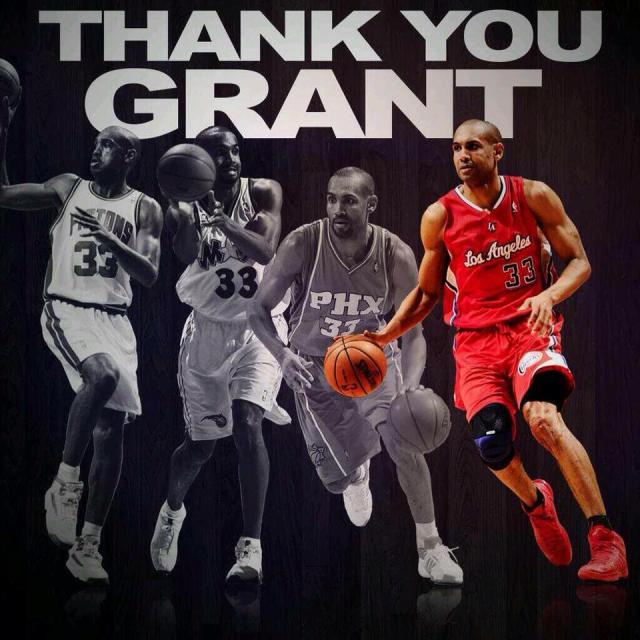 I am Paolo Mercado for 20 years I've been riding a bike, walking a lot and running a lot. I am Kalongkong Hiker, a trail runner, mountaineer and a biker that can also write a blog of my travels, adventures and places that I visited through walking, running and biking. I write to encourage others to stay healthy and fit. #KeepOnRunning #ShareTheRoad #KalongkongHiker
View all posts by Kalongkong Hiker →
This entry was posted in Basketball, Events, Sports and tagged basketball, Calvin Hill, Detroit Pistons, eastern conference finals, Grant Hill, hail mr, Hill, Los Angeles Clippers, NBA, Orlando Magic, Phoenix Suns, Sports, sprite commercial, western conference finals. Bookmark the permalink.