When I took a 5 day vacation last March in my home town Laoac to spend Annual Town Fiesta 2014 with my parents, my wife and kids. To be reunited to old friends as well and join bike race sponsored by the local government, I again got a chance to met and greet with  Mark Julius Bordeos and ride along with him on the said race event where I humbly finished 2nd under Masters category where I took home a Php 800 prize money. It’s my first time to join any race in my home town and first time to bring home a cash. That was a blessing for me and for my father he was so proud including my mom.

I first met Mark Julius on the concluded Ronda Pilipinas International 2014 in the last stage of the leg in Marikina City and he even gave me his water bottle as a souvenir which I am using everyday. 🙂

Me and Mark Julius in stage 14 (last stage) of Ronda Pilipinas International 2014 in Marikina City.

Yesterday, April 21, 2014 at Olongapo City Mark Julius Kulotz Bordeos Rider no.65 Seven Eleven by Roadbike Philippines placed 9th overall for the Opening of Le Tour de Filipinas. That makes him the only Filipino in the top 10 finishers. Congratulations and keep on winning, make Laoac, Pangasinan towns people proud. We all support you “Kulot”, curly! 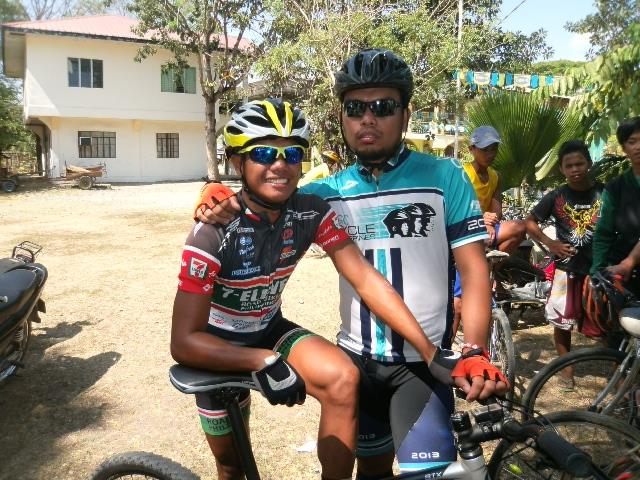 Me and Mark Julius again as bike buddies in Tour de Laoac Off Road Challenge 2014.

Debuting Mark Julius Bordeos provided the lone bright spot for the outgunned Filipino riders as he finished ninth overall with 4:08:02, some four minutes behind the lead.

Bordeos, 19, launched a spirited bid to keep in step with the foreign charge and managed to do so three-fourths of the way before his legs cramped up going to the final 15K.

“Malapit ko na abutan, mga 20 seconds behind na lang sa lead pact pero pagdating sa Morong, nag-cramps na dalawang legs ko (I was that close to catching up with the lead pack but I slowed down by cramps in the climb along Morong),” said Bordeos, who paid the prize for not taking enough hydration drinks during the race. 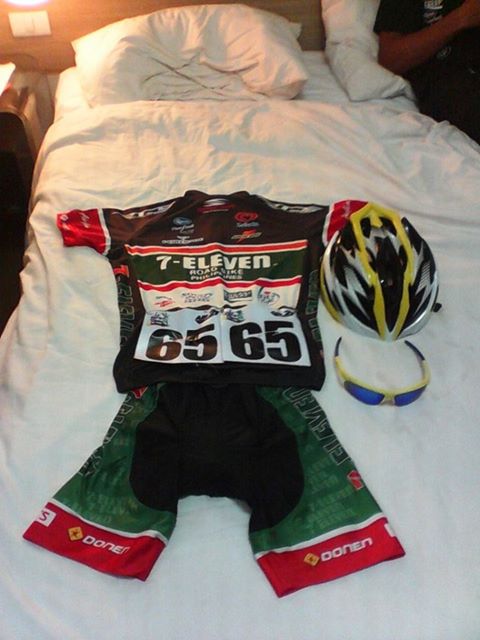 Mark Julius posted this on his FB account prior to the opening day of Le Tour de Filipinas.

I am Paolo Mercado for 20 years I've been riding a bike, walking a lot and running a lot. I am Kalongkong Hiker, a trail runner, mountaineer and a biker that can also write a blog of my travels, adventures and places that I visited through walking, running and biking. I write to encourage others to stay healthy and fit. #KeepOnRunning #ShareTheRoad #KalongkongHiker
View all posts by Kalongkong Hiker →
This entry was posted in Cycling | Biking, Events, Sports and tagged Laoac, Mark Julius, Mark Julius Bordeos, Ronda Pilipinas International. Bookmark the permalink.