Biking: A switch from Trail Running to Mountain Biking 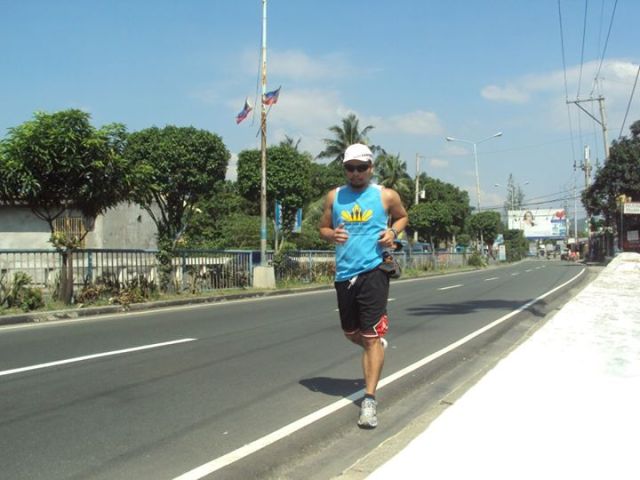 One of my regular LSD run/heat training sessions at Batasan-San Mateo Road 2 years ago.

This is my story of switching from trail running to mountain biking and why I get hooked to cycling and at the same time influence others to love the sport and purchase their precious bikes. Every year I am looking forward to accomplish something towards my active lifestyle, when I am into road running I started with 5K, then added my mileage so I tried 10K, the next run I jump into 16K, after doing the 16K, I said it was not that hard so I signed up for 21K and finished Unilab Active Health’s Run United Trilogy back in 2011.

This is me when I’m into road running during ULAH’s Run United 3 back in 2011.

After that I looked for a trilogy run so I switch from road running to trail running. I had the first taste of trail running when I joined Merrel Adventure Run for just 10K and it was awesome. Then after that I signed up for Salomon X-Trail Pilinas 2012 together with running buddy Josh then later on commit to finish trail running trilogy with PIMCO’s Nature’s Trail Discovery Run 2012 and I emerge one of the top 100 trail runners when I got the top 40th spot and Trailblazer Awardee for finishing all 21KM of the said trail running championship. 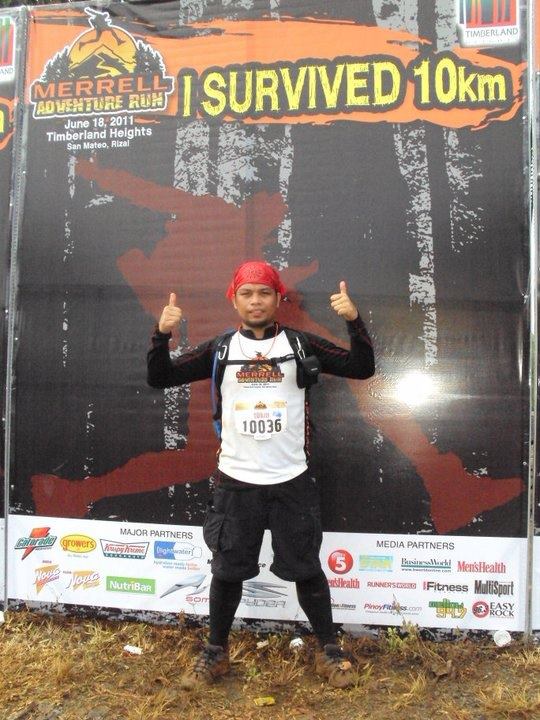 I survived my first ever trail run during Merrel Adventure Run 10K. Thumbs up!

On the last leg of this trail run me and mountaineer/trail runner friend named A thought of trying mountain biking too but I ignored it then time came when I signed up for Salomon X-Trail Pilipinas 2013 I never thought that I would one day assemble my own MTB.

It happened when I am focusing on my training for the said Salomon event when I decided to try Timberland Heights in San Mateo as my training ground for trail running because I am aware that it was an uphill climb at the top so I did. On my way up running for the first time in Timberland’s “The Wall” I already so many bikers riding either road bike, MTB some are hybrids and some are standard bikes like those that the construction workers are riding. When I saw that there are a lot of bikers going up to the top so I imagined myself riding my bike climbing up the top of Timberland too, so when I came home that day I started to think which part I should buy first.

Me and A at one of the bike stores in Quiapo, canvassing and looking for best bike parts.

Ironically, the next day when I go to work my mountaineer friend ask me if I want to go with him to Quiapo and will check bike parts and I said to him immediately yes because at that time I had no idea what is the latest parts and what it it is called though at the very young age I know how to assemble BMX including MTB’s because I graduated in college riding my bike. That first day of going to Quiapo I found a all aluminum alloy frame without brand name and so I bought it but I kept it at the office because I don’t want my wife to know about it at first then after that was an epic 3 months of sleepless nights. Every day together with my friend always checking bike pages, bike tiangge FB Page, canvassing online, asking a friend of friends with know how what is the best part and how much it will cost us.

On that 3 months of going to Quiapo back and forth and visiting other bike shops is enough for me to learn everything about setting a customized MTB of your choice including why bike fit is more important than everything else. It was December of 2012 when I first rode my bike named Terrenz and then I was able to go to places that I never been before and will still travel using my bike only. This is only the beginning, there will be more. It is indeed that biking is the best ever therapy, do I need to explain more, ride a bike now!!!

I am Paolo Mercado for 20 years I've been riding a bike, walking a lot and running a lot. I am Kalongkong Hiker, a trail runner, mountaineer and a biker that can also write a blog of my travels, adventures and places that I visited through walking, running and biking. I write to encourage others to stay healthy and fit. #KeepOnRunning #ShareTheRoad #KalongkongHiker
View all posts by Kalongkong Hiker →
This entry was posted in Cycling | Biking, Environment, Events, Health, Mountaineering, Running, Running Bloggers, Sports, Travel & Leisure and tagged Mountain biking. Bookmark the permalink.